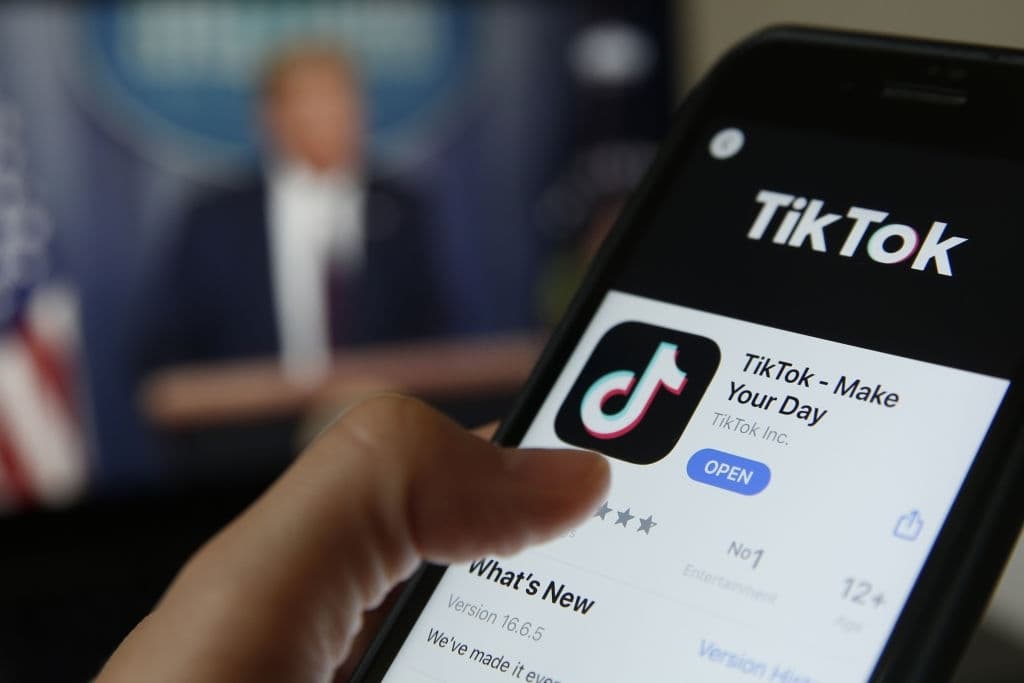 TikTok has removed over 11 million accounts and banned the promotion of financial services, including Cryptocurrency on its platform.

With this prohibition, the rise in the promotion of ‘gold 2.0,’ a term used by many to describe Bitcoin, will abate on the app.

Tiktok said, “All financial services and products are prohibited, including but not limited to lending and management of money assets.”

TikTok also banned influencers from taking part in paid advertisements of any financial services or products.

It said the policy affects not only those listed above but also cryptocurrencies, loans, credit cards, and Forex companies.

Credit repair services, get rich quick schemes and debt consolidation services are equally in the black list of TikTok’s radar.

Commenting on this development, the head of client education at Informed Choice, Martin Bamford, said Tiktok is “clamping down on directly or indirectly sponsored content which leads to an affiliate link, for example to sign up to a trading platform and get free stocks.”

“We see a huge amount of this branded content on TikTok, usually from poorly informed commentators, who lure in followers with promises of riches, but in reality are making their money off people signing up via affiliate links.”

Bamford added saying, “I don’t yet know what the implications of the new rules will be for regulated firms and individuals, but it does seem to sweep them up too.

“Hopefully there is still a place for informed financial education on the platform, as this is the single best way to combat the scammer and charlatans.”

Tiktok has banned promotions on its platform to put a stop to the disturbing trend of high-risk investments being advertised on social media.

Many of the high-risk investments turn out to be frauds, scams or schemes to swindle unsuspecting investors.

Also, many influencers promote some investments on Tiktok.

This is because Influencers get commissions for endorsing certain brands like Bitcoins, exchanges, Apps, or products.

However, recently, the social media giant was faced with criticisms of allowing misleading financial advice to young investors.

Critics accused Tiktok of being the reason for many young investors losing their investments after listening to influencers and investing in fraudulent ventures.

Some of the ventures advertised by influencers on TikTok promise to make investors millionaires within days.

While many like MMM equally swindled and are still swindling many Nigerians of their hard-earned money, the MMM particularly left many with unforgettable traumas.

Also, with the increasing interest in Cryptocurrency by Nigerians, many fraudsters have equally flooded the Nigerian crypto ecosystem.

These fraudsters look for unsuspecting investors to dupe and rid them of their investments.

Consequently, the Federal Government of Nigeria, through the Central Bank, warned Nigerians to desist from investing in cryptocurrencies.

It also directed all financial institutions in the country to block all crypto accounts.

The directives also prohibited the financial institutions from trading cryptos.

The report said, “The findings reveal there is a new, younger, more diverse group of consumers getting involved in higher-risk investments.”

It added that young investors are “potentially prompted in part by the accessibility offered by new investment apps.”

The report noted that around 60% of young investors claim that a loss of their investment would have a “fundamental impact on their future lifestyle.”

TikTok, however, prohibits all brands promoting get-rich quick schemes and other products and services.

Branded contents are those created by users in exchange for rewards from the brands. Such rewards could be payment or free gifts.

Companies or brand owners often pay influencers with large followings to advertise products and services on their own profiles.

Meanwhile, explaining the policy, TikTok described branded contents as any content posted by a person and which features or references a product or service.

It also explained that branded contents could be products or services gifted to the person by a brand.

Branded contents could also be a service or product “which you have been paid to post about (whether in the form of money or a gift).”

Tiktok also said Branded contents are those the person “will receive a commission from if other users purchase the product or service” posted.

Influencers often post brands with an “affiliate link and/or using a promotional code.”

The social media app said, “It is content where you will receive (or have already received) something of value from a third party.”

Such includes “a brand in exchange for your post, to promote that brand’s products or service.”

It also said that “It could be a brand endorsement, partnership or other kind of promotion for a product or service.”

The teenage-prone app has also adopted a technology that removes any video or content that flouts its rules.

Before now, TikTok had human team members that review videos and decide if a video would be flagged down for breaking the app’s rules.

However, the social media giant has announced it is taking human review out of part of the removal process in the US and Canada.

TikTok will ban your account for these following contents:

TikTok can ban you because of contents which includes videos that violate TikTok’s policies on adult nudity.

Others are contents violating the safety of minors, sexual content, as well as violence.

Other products and services banned by TikTok includes:

Others are Products and services that enable dishonest behavior, Pharmaceuticals, Healthcare, and Medicine products.

It also removed 11,149,514 accounts in total for violating guidelines and terms of service.

TikTok removed the accounts following several measures it introduced to protect teenagers on the platform.

the app said the measures will also limit features like private messaging and live-streaming to users aged 16 and over.

Children aged 13 and over can use the platform. But TikTok however removed the under-aged accounts.

It said this will “help the industry push forward when it comes to transparency and accountability around user safety.”

TikTok published the figures in a Community Guidelines Enforcement Report.

It also removed 82% of them before people viewed them. Tiktok also thrashed 91% before any user reported them.

The app also removed 93% of the videos which the accounts posted within 24 hours.

14 Best Headphones For Teens And For Online Classes