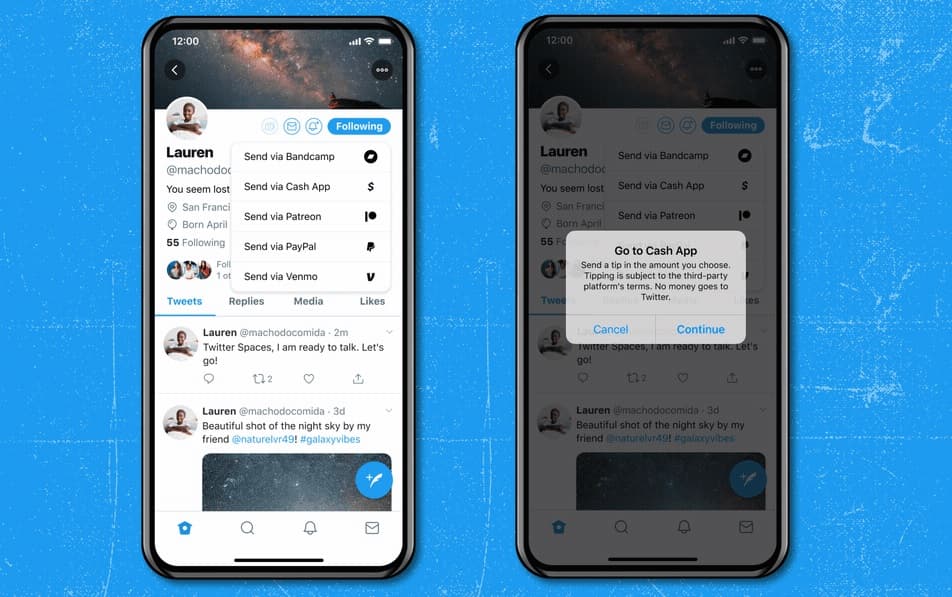 In a blog post, the popular bird app has announced the launch of its newest feature, ‘Tip Jar’.

It would allow users to tip a person for a tweet they like or really enjoyed through integrated features.

However, this came as a commitment by Twitter to release more features to enhance its user’s experience.

The company had described it as “an easy way to support the incredible voices that make up the conversation”.

Interestingly, the report had been made of Twitter’s plan to consider the launch of a feature that would allow creators to earn on its platform.

However, this benefit would only be restricted to a group of people on its platform.

According to Twitter, the group would consist of creators, experts, non-profit, and journalism.

Previously, the statement “I don’t have a SoundCloud but…” had been popular on the platform for money contribution.

This was a way of them getting appreciation from other users for their viral and interesting content. However, it created a far better alternative; direct, neat and straightforward.

As described by reports, it would add a small icon on a user’s profile that would allow a customer to select what payment platform to use.

ALSO READ: Twitter Considers Paying People For Their Tweets With A Tip Jar

Some of the payment options menus include PayPal, Venmo, or the Cash App, and others.

Twitter had said that some of the payment options were added from inspiration gotten on its platform.

“We $ee you – sharing your PayPal link after your Tweet goes viral, adding your $Cashtag to your profile so people can support your work, dropping your Venmo handle on your birthday or if you just need some extra help.”

However, TipJar has gone through criticism for exposing people’s personal information like their Gmail and postal address.

While using payment platforms like Paypal, users discovered that the platform could figure out the sender’s address.

Twitter product lead Kayvon Beykpour responded to comments on the situation and said that Twitter could not do anything on how the payment platform handled the information.

Going further, Twitter said it would clarify and update the information that might be shared through its Tip jar feature.

Paypal, however, defended itself.

It said that Twitter’s Tip jar uses its ‘goods and service’ platform, which allows it to are the details for shipping the goods. However, to avoid such an occurrence, users can use the ‘family and friends’ option.

Another issue that has been raised since the announcement is that journalists are banned from receiving gifts. And so, this feature might be going against its already set done principles.

Twitter hasn’t given furtherance on the matter and how people in that space would react to the feature.

However, according to a tweet by Ryan Lizza, Politico’s Washington correspondent, she has given an idea of what the newsroom space would think.

She said, “Seems like Twitter’s tip jar feature is going to raise some issues for newsrooms,”.

Although the feature would only be available to mobile users and everyone using Twitter in English; however, it also announced its plan of bringing onboard many more languages.

Also, it plans on expanding to more people except for the initially planned creators, experts and journalists. It had mentioned that more people would be able to add the function to their profile soon.

That is not just those from the media space but entertainment, music and many other industries.