WhatsApp is adding a shopping cart feature on its platform. The new feature helps users place orders for multiple items at once from those who own stores on the platform.

It’s not quite a huge announcement as much as it’s a late arrival. Every shopper deserves their cart. They serve one simple but invaluable purpose; making the shopping experience less tedious.

Hence, it should have been added alongside other functions when Facebook launched its business version.

Now, while browsing through items in a store, you can stack-up your order and send them to the vendor in one message.

This way, you get to save time and avoid unnecessarily lengthy chats between orders.

There seems to be one grey area

The original ad created for this new feature (as seen above) leaves out one bit of information. We’re not sure if you can use the cart to stack up orders from different vendors simultaneously.

Do users get one cart to do all their shopping, or would there be a separate cart for each store?

The former might leave users confused if they intend to keep items in the cart for a while and gather enough money to come back and get them.

This is because there’s no centralized payment/check-out system. So, they’d have to figure out what item they selected from what store when they finally want to make the purchase.

But that shouldn’t be too difficult to get around.

However, the latter –having different carts for different stores – will do just fine. This is because shopping on WhatsApp is like shopping through different offline stores.

Each store runs independently; you check-in, browse through, pick an item, pay, and check out before proceeding to another store to pick up other things.

Hence, we’d understand if the carting system is structured differently.

WhatsApp Business’ user base is building up fast 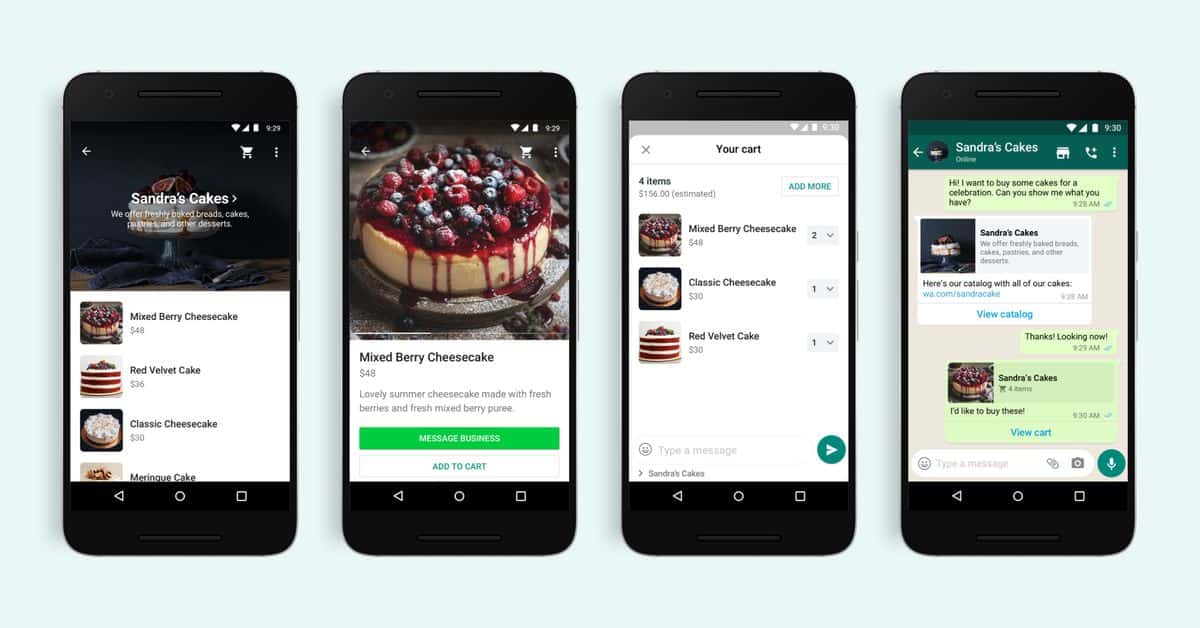 WhatsApp might not be the first platform that comes to mind when you think of buying an item.

But it’s not the same with everybody else. Over 175 million people are thinking differently, according to WhatsApp’s October report.

At mid-year, WhatsApp Business had over 50 million users all over the globe.

Facebook intends to convert a large portion of its 2 billion user base into frequent shoppers on WhatsApp Business.

Whatsapp’s in-app payment function hasn’t left the ground as much. In this regard, the only success seems to be launching the feature, in the beta phase, in its biggest market, India.

Facebook’s intended target was to get the feature available worldwide before the end of last year. But, they clearly are far off from that target one year later.

Facebook launched the feature in Brazil, but the service got blocked shortly after.

Related Topics:AmazonBrazilFacebookFeaturedIndiaJumiaWhatsAppWhatsApp Business
Up Next