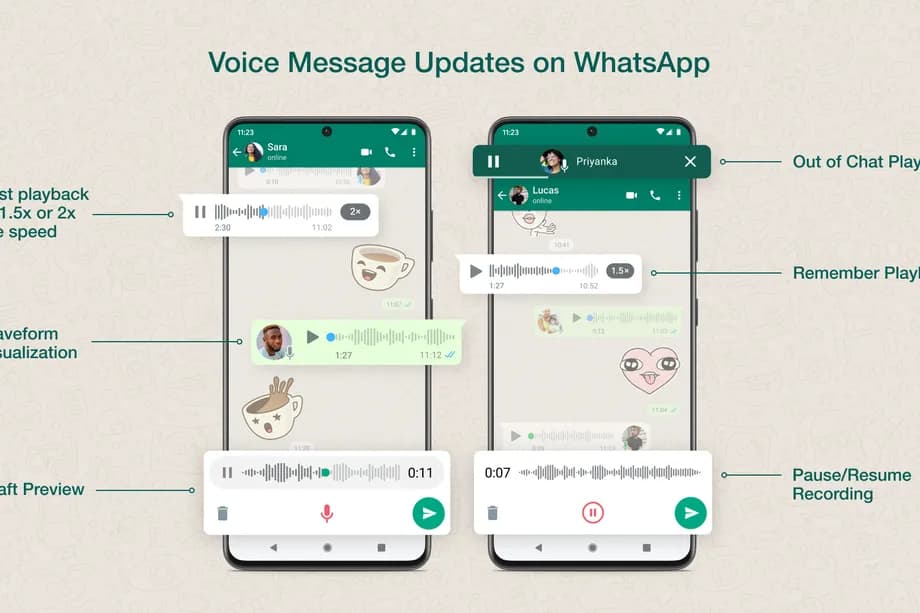 The instant messaging app will be giving its users a better voice messaging feature in a few weeks to come.

This was announced by WhatsApp earlier in the week.

Over the past few months, there have been several reports of anticipated releases by WhatsApp.

They include listening to a message at a time speed of 1.5 or 2 and listening to voice messages over other chats.

These updates are among other WhatsApp has been gradually releasing.

On WhatsApp, you can now allow pause and resume a voice recording when you are unsure of what to send.

This would enable you to think while sending a VN and avoid bluffing and fillers.

Another exciting update is the feature that allows users to listen to a recording before sending it to their chat.

This would keep them from accidentally sending the wrong message or including something they missed out on.

Another update is the aesthetical movement of the voice message that shows how it play status.

Instead of a straight line, it is now in a waveform.

This would show you the playback progress of your message.

WhatsApp will show you where you stopped when you paused the playback, anywhere to continue from.

Previously, users will have to re-listen to the entire voice message to get to where they had stopped.

With all these updates, WhatsApp is committed to providing more useful ways for its users to have a good experience on its platform.

According to WhatsApp, users spend an average of 7 billion voice messages per day.

With the consistency of users, it is only normal for WhatsApp to look for a way to better the experience for users.

However, some users can not use all the features as they aren’t available on some devices and countries.

And for others are free to use the updated feature has it is available to them.

Asides, this might be part of WhatsApp’s strategy to join other competing instant messaging platforms.

Telegram has some updates on its voice message feature.

It has a voice note update that allows you to listen to messages outside of the chat.