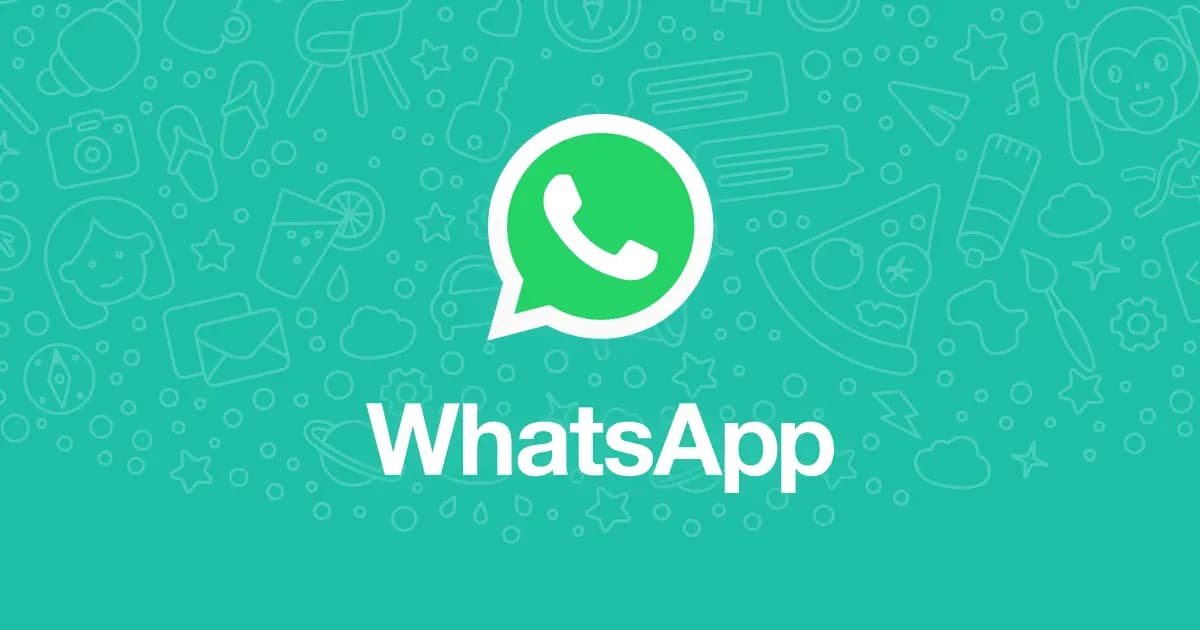 WhatsApp, a child to Meta would be releasing a series of updates on its platform. Over the years, it has committed to making its messaging platform better and serving its users. Many of these features it would be introducing have already been in existence on other platforms. And so it doesn’t make it completely new, however, it makes WhatsApp a multifaceted platform. Here are some highlights of WhatsApp updates you will get to see soon. 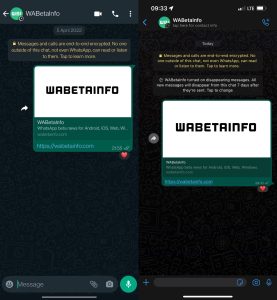 Meta has announced the introduction of a feature that allows users to use emojis to react to messages.

The feature would be released alongside the latest version of WhatsApp for Android, iOS and Desktop.

Users would be able to use emojis to send message reactions just like on Instagram, its sister company.

Although the feature hasn’t been released to everyone yet.

But WhatsApp has said that it would be coming to everyone after seven days.

Seven emoji reactions would be released, they include like, love, laugh, surprised, sad, and thanks.

They would be available for group messages and chats.

To use it, simply tap on a message, it brings out a bubble with a suggestion of emojis you would like to choose from.

The person whose message you reacted to can see your reaction from their device.

Anytime someone reacts to a message, they receive a push notification.

This has been enabled by default with the update.

However, you can disable the notification through the settings.

Asides WhatsApp has said that a future update of this update will still come up whereby all the emojis would be available for reacting to a message.

On its latest update, WhatsApp would let you add about 512 people to a group chat.

This was something that wasn’t possible on the platform before.

Its current amount before the increase was 256, which is double the number.

The update would start rolling out to Android and iOS phones for users.

However, compared to the 20,000 spaces that other platforms provide, the amount is still less.

WhatsApp might still be finding its footing trying to accommodate more people to its group platform.

Still, it is a great chance for WhatsApp as more people can now hold more meetings through its platform. 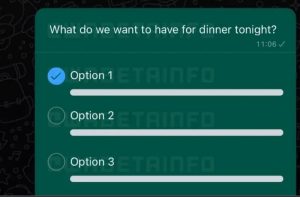 Users would now be able to conduct polls on WhatsApp.

This would be very useful to users as they can use it to get the different opinions of people on issues.

It would include an encrypted end to end questions, options and answers.

However, the feature would only be limited to groups and only to those in a particular group.

This means introducing a feature with more users allowed in a group would make a good place for general surveys on matters.

Asides, the update hasn’t been released fully or in beta testing.

It is still under development by WhatsApp.

And when it is ready, it would be rolled out to Android and iOS devices.

But with an update like the poll feature on WhatsApp, would give a more exclusive result as it can be closely monitored.

The companion mode is another feature WhatsApp is working on for multi-device.

It would be testing the feature as a beta on both Android and iOS devices.

For Android, it would come under the WhatsApp beta for the Android 2.22.10.13 update.

The feature entails being able to link secondary mobile devices to your WhatsApp account.

This means that very soon users would be able to use the same WhatsApp account on more than one phone.

Previously, this was only possible with desktops as you can link your mobile account to your desktop account, using them simultaneously.

But it wasn’t possible with two mobile devices.

If you try doing that, it logs you off from one of the accounts.

As the feature is still under development, there is not so much to say concerning the update. 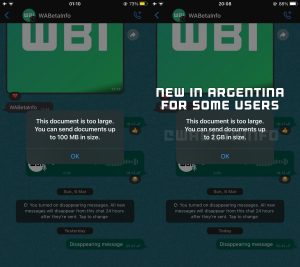 Another amazing update by WhatsApp is the update that allows you to share media files up to 2GB.

Previously users of Whatsapp couldn’t share media files that are up to 2GB.

They could only share files up to 100MB as it was the current limit.

However, it would be testing an update for its users in Argentina.

They would be able to share media files that are up to 2GB.

Wabetainfo gives more light as it said it would only be available to some beta users in the country.

It would be available to iOSand Android users in the country.

However, there is no assurance yet that WhatsApp would roll out the feature to everyone.

This might be dependent on the beta testing of some of its users in Argentina.

But then if the test doesn’t give a good result, WhatsApp can decide to take away the 2GB and retain its usual amount.

You should know some of these features are available fr your use so you can check them out by downloading the latest version of WhatsApp.

Some other features under development include the ability to delete a message for everyone in a group and to showcase startup updates right from the chat list.

WhatsApp has said that they are under development and in the coming days, it would share more on them.

Follow Techuncode and keep up with our daily news as we bring you more of these amazing updates by WhatsApp.