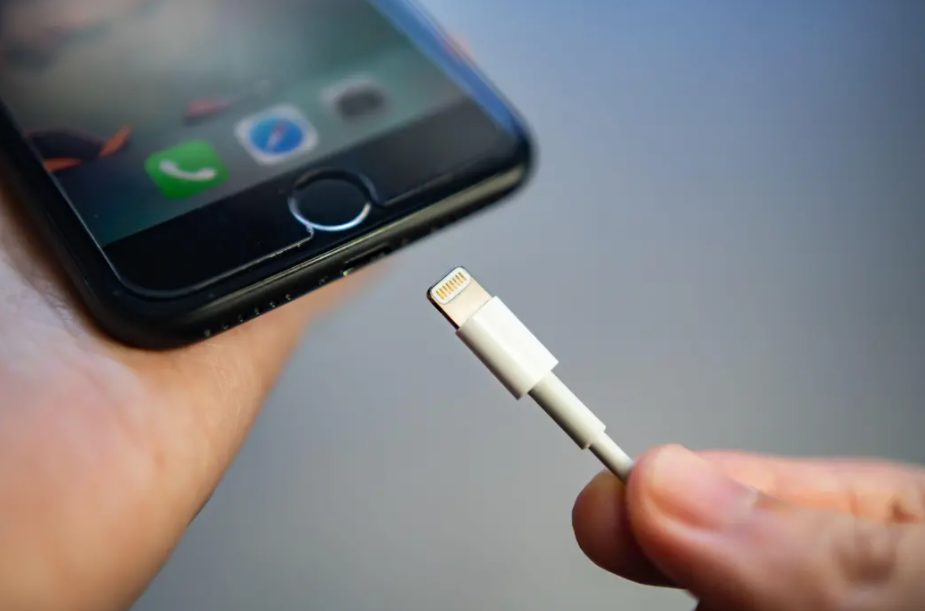 Otherwise, why does the battery of your iPhone run down so quickly? Yes, I mean, does the battery of your phone drain so fast like my friend, Naomi’s? Are you always charging your device every now and then? Also, do you go about with a power-bank to charge your device as it runs down quickly? And, the thing is, you don’t get to see Android phone users going about with power-banks! So, why should you be confined to walking around with one? Or, does it mean Android phones’ batteries last longer than iPhones’?

Well, for one fact, iPhone batteries last long. But it depends on many factors.

Also, you may rightly say that iPhone batteries generally don’t last like the batteries of Android devices.

ALSO READ: How To Celebrate Memorable Valentine With Your Faraway Partner

But what If I tell you that the way you charge your iPhone could be the reason the battery drains fast!

More so, Apple has said that you are charging your device the wrong way!

But then, you may want to ask? Is there another way of charging a phone other than plugging the USB cord to it and onto the light socket?

Well, it might not be quite that way but there is a right way.

And this right way involves many factors that includes how aggressively you use and charge your iPhone.

Other factors include the state of your device when charging, how you charge it, and many others.

So, while it is truly annoying to have your device suddenly power down too often, you should remember that you could be the cause too.

So, knowing the right way to charge the battery of your device will make you enjoy your iPhone the more.

This is because, the right way of charging it will maximize your iPhone’s battery life.

Therefore, I will be giving you tips, in line with Apple’s suggestions, on how to charge your iPhone’s batteries for longer use.

What You should know:

First thing first. You should know that phone batteries, like many things, including human beings, depreciate with time.

The power life of the phone you bought today which lasts 20 hours will eventually begin to last less longer.

So, do not expect the battery of your iPhone to work at optimum efficiency over a long period of time.

Meanwhile, Apple would tell you that your new iPhone could last 12 to 20 hours after first charge.

The company says  so because it’s iPhones use the latest stable battery technology –the lithium ion battery.

But did you confirm Apple’s iPhone battery claim since you began using your device?

Well, different people have done so at different times and got different results too, which is fair.

It is fair because those who did must have done so under different conditions.

However, despite the claims, keep in mind that lithium ion batteries still rely on chemical processes that naturally degrade over time.

As these lithium ion batteries degrade over time, they begin to hold only fewer full charges than before.

Consequently, your device’s battery life and lifespan will eventually degrade with time.

Battery Life  means the amount of time your iPhone or other device runs before you can recharge it.

That means, the number of hours you can use your device after charging it fully.

Battery Lifespan means how long the battery of your device lasts until you need to replace it with a new one.

So, the battery lifespan of your device could be six months or one year.

However, you will enjoy your device well if you learn how to maximise both battery life and battery lifespan.

Typically, iPhone batteries can have a lifespan of between 2 and 4 years before you can replace them.

So, how should you charge the battery of your Apple device?

Remove your iPhone case during charging:

This may sound strange to you but its true.

Apple says charging your phone while it is inside certain cases may generate excess heat that can affect battery capacity.

So, if your device’s case is too thick, it will heat up and reduce the capacity.

Also, if the case is made of silicon, you could have similar effect; Your phone will overheat!

However, you should go for leather cases because they are better insulators of heat.

Do not expose your phone to extreme temperatures.

According to Apple, “Low or high-temperature conditions might cause the device to change its behaviour.”

Exposing it to temperature above 35° C (95° F) can permanently damage battery capacity.

Also, charging your device at such temperature can reduce and further damage your device’s battery.

So, your iPhone will perform well under the right temperature – not too hot nor too cold.

It should be moderate temperature.

How to avoid exposing your phone to extreme temperatures:

If you are travelling for months or won’t use your phone in a long time, the store it with its battery half-charged.

Don’t charge the battery to full capacity before you store it.

Also, don’t drain or fully discharge the battery before storing it.

According to Apple, ” If you store a device when its battery is fully discharged, the battery could fall into a deep discharge state, which renders it incapable of holding a charge.”

Conversely, “if you store it fully charged for an extended period of time, the battery may lose some capacity, leading to shorter battery life.”

If you plan to store your device for longer than six months, charge it to 50% before storing it.

Also, recharge it to 50% every six months.

Best place to keep your phone while charging:

Do not place your phone on a surface containing silicon while charging as this could cause overheating.

Update to the latest software:

Always ensure that you update your iPhone to the latest operating system.

You can go to Settings > General > Software Update on your phone to do that.

Doing so will help your phone work optimally and prevent your battery from depreciating fast.

Preserve your phone’s battery life with these two simple steps:

First, dim your phone’s screen. You may be tempted to leave the brightness of your device at maximum.

However, the brighter your phone’s screen, the faster your battery life will drain! So, dim it.

Use Wi-Fi instead of mobile network if you can:

The battery of your device will last longer if you use a Wi-Fi connection than when you use your mobile network.

So, turn on your Wi-fi always and connect to a Wi-Fi network.

Apple says “When you use your device to access data, a Wi‑Fi connection uses less power than a mobile network — so keep Wi‑Fi on at all times.

To turn on Wi‑Fi, go to Settings > Wi‑Fi to access a Wi‑Fi network.

We hope that we have taught you how best to keep the battery of your iPhone last longer.

Also, we have shown you that you may have been charging your phone the wrong way, reason why the battery drains so fast.

So, with the tips we provided you in this report, we hope you will maximise your device’s battery life by charging it the right way.

What do you say about this report?

Share this report so others can read it too and learn.

How To Stop Losing Your Items; 5 Tracking Devices To Find Your Item

If You’re Using Google Chrome, Then Quickly Update Now Or…