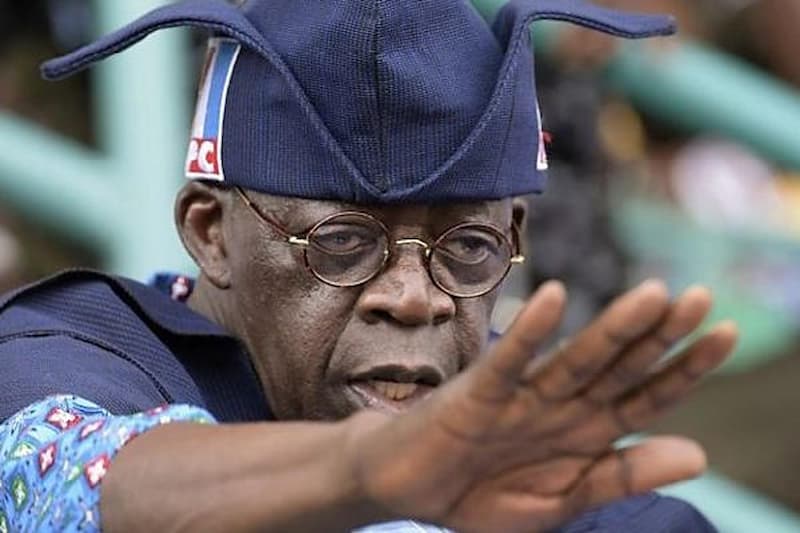 Recall that Mofab Communications is one of the companies that won the 3.5GHz Spectrum auction.

The spectrum is for the deployment of the Fifth Generation (5G) Technology in Nigeria.

Meanwhile, experts doubted the capability of Mofab, a 16-months-old company in handling the demands of the spectrum.

Also, rumours have arisen alleging Tinubu has a stake in Mofab.

However, the NCC, in a statement, denied Tinubu’s link with the young company.

It also stressed that the spectrum auction was open, fair and transparent.

“In the course of its routine media review, the Nigerian Communications Commission (NCC) became aware of publications in some online media.

Mofab is “one of the winners of the 5G spectrum sold by the Commission in a public auction conducted on Monday, December 13, 2021, at the Transcorp Hilton, Abuja.

“It bears restating that, consistent with the Commission’s long-established regulatory culture and tradition,

“the process leading to the auction of the 5G spectrum was open, fair and transparent in the most.

“The public auction followed a rigorous due process and was witnessed by a cross-section of stakeholders as observers, including the media, the Association of Telecom Companies of Nigeria (ATCON), the Independent Corrupt Practices  and Other Related Offences Commission (ICPC) as well as civil society groups.

“Mafab Communications Limited is a corporate entity duly licensed by the Commission to conduct telecommunications business.

“It is pertinent to state that the Information Memorandum (IM) for the auction of the 3.5 gigahertz (GHz) spectrum clearly set out eligibility criteria for participation of interested bidders in the auction, which included that new companies could participate in the bid.

“Over the years, the NCC has had spectrum auctions and as an independent regulatory agency, has maintained an undisputable reputation of successful auctions based on openness, fairness and transparency, a fact widely acknowledged locally and internationally. NCC’s auction proceedings conform to international best practice, devoid of any undue influence or interferences whatsoever.

“A higher standard of integrity and openness was emplaced in the 5G auction as the process was, for the first time, witnessed by the public both physically and virtually through a link provided by the  Commission on its official website.

“The Commission would like to assure Nigerians that, following the successful auction of the 5G spectrum, it is prepared to drive the implementation of the next phase of the deployment of the new technology, in line with the Federal Government’s approved plan, for the benefit of all citizens”.