ASUU strike continues in Nigeria as Nigerian universities remain shut and halting academic activities. But the questions remain: When will ASUU call off strike? Why are ASUU and the federal government fighting over these payment systems, IPPIS and UTAS? What is IPPIS? What is UTAS?

Well, here is what you need to know about the IPPS and UTAS that the Federal government and ASUU are fighting over.

But before we dive into that, you need to know the following:

When will ASUU call of strike?

The Academic Staff Union of Universities (ASUU) has said that it is ready to call off the #ASUU Strike if the Federal Government agrees to sign the between them.

It is a 2009 agreement between ASUU and the federal government  wherein ASUU demands that conditions of service for universities’ lecturers be reviewed every five years.

Other terms in the agreement includes issue of salaries and allowances, revitalisation of public universities, University Transparency and jettisoning of the IPPIS as payment system for varsity teachers.

It therefore, wants government to pay salaries to university teachers through a new payment system, UTAS that it (ASUU) created.

Recall that ASUU embarked on nationwide strike for over five months now. This means that university students have been at home for the period.

Because of the ASUU strike, the federal government has threatened not to pay lecturers the five months salaries that they did not teach. 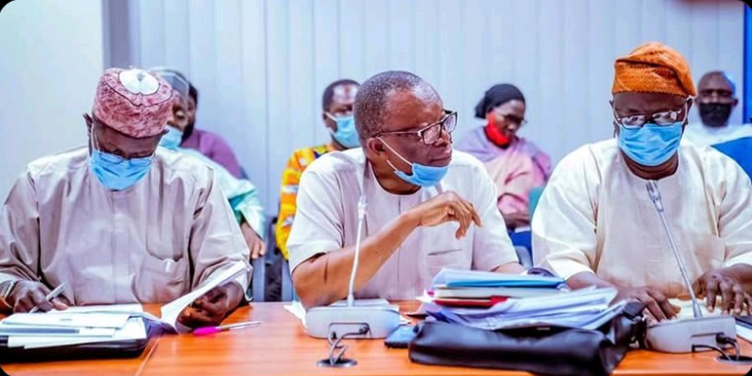 The Federal Government, in response to ASUU, said it has no plans to adopt any new salary payment platform for the trade unions in tertiary institutions.

Consequently, it said it won’t pay salaries and has not paid salaries through the UTAS.

However, ASUU too, on the other hand, has responded that students will not be taught the knowledge they missed in the months universities remain on strike.

The union president, Emmanuel Osodeke, in an interview session on ChannelsTV, said ASUU will skip the lectures for the months which the federal government refuses to pay salaries and continue with academic curricula as if the lectures for those months had been taught.

However, Prof. Osedeke said that ASUU would call off the strike if the government signs the agreement between them.

He also noted that the union would call off the strike if the government accepts the UTAS payment system for university employees instead of the IPPIS.

According to him, “There is no university in the world where lecturers are paid salaries from the Accountant General’s Office.”

“Let government tell us they’ve finished testing the UTAS & sign the agreement, then tomorrow, we’ll call off the strike.

“These are the 2 questions we should ask Nigerian government.”

These were Professor Osedeke’s statements during a live conversation on Channels TV’s Politics Today.

According to him, UTAS has passed the test that it was subjected to.

“UTAS, IPPIS and U3PS have being concluded last week. Federal government should be proud of adopting UTAS.”

It is a payment system which the federal government of Nigeria introduced in October 2006.

The IPPIS is the federal government’s payment system that sought to improve personal records of staff and increase confidence in staff emoluments.

About 711 ministries, departments and agencies of government in Nigeria are on the IPPIS platform.

The IPPIS has a department under the Office of the Accountant-General of the Federation.

It is responsible for processing and payment of salaries and wages directly to Government employee’s bank accounts.

According to IPPIS, its aim is to “pay accurately and on time within statutory and contractual regulations.”

It added saying, “We aim to provide a payroll service that is customer focused and that utilises technology wherever possible.”

Meanwhile, the department, the IPPIS makes deductions and remittances from salaries and wages to third party payments.

Government adopted the IPPIS system to track and eliminate ghost workers under its payroll.

In 2006, the World Bank financed the pilot phase of the IPPIS after the Federal Executive Council (FEC) approved it for the Bureau of Public Service Reforms (BPSR).

In April 2007, it commenced operation in Nigeria as the payment system.

However, the federal government transferred its management to be under the Accountant-General’s office in October 2008.

Among the MDAs that joined the pilot phase were the education, transport, finance and budget ministries.

The federal government of Nigeria has been financing the general –phase since 2011.

This was after the government included other MDAs on the payment system through the Oracle Application software.

Note that the current system involves university lecturers receiving their salaries from the Accountant –General’s office via the IPPIS system.

But the union has said that the IPPIS system which the government has been using to pay lecturers is has many irregularities and other issues.

For instance, the union revealed some of the flaws with the IPPIS system to include porousness.

Others are the inability to prevent money laundering and other forms of corruptions.

ASUU also alleged that some dubious government officials use the IPPIS payment system to short-change lecturers.

Further compounding the issue, recent news accused the Accountant-General of embezzling about N80bn while lecturers are on strike for payment not up to that amount.

Consequently, ASUU want government to adopt the UTAS as the payment system for varsity teachers.

It is a payment system that ASUU created and wants the federal government to pay its members’ salaries with.

It said UTAS includes concepts that are unique to universities but which the IPPIS does not.

Examples of such unique concepts are UTAS mode of employment, retirement age and sabbatical or leave.

Meanwhile, ASUU has accused the federal government of refusing to adopt the UTAS.

It said it is because Nigerians created UTAS as against the IPPIS.

It said government subjected UTAs to several tests but never did same for IPPIS.

According to ASUU, “Government is not comfortable with UTAS.

It said that is because Nigerians developed UTAS.

However, the federal government, through the National Information Technology Development Agency (NITDA), said UTAS failed some integrity tests and so, not reliable.

Director General of NITDA, Kashifu Inuwa, revealed this to newsmen after presenting findings of the test to the FEC.

According to him, UTAS failed the users’ acceptance test, the standard vulnerability test and the durability and stress test.

Inuwa said Bursary and Finance Departments tried the UTAS but it failed the test as not everybody accepts and knows how to use it.

Also, the agency boss said UTAS is not durable enough to withstand high traffic and data.