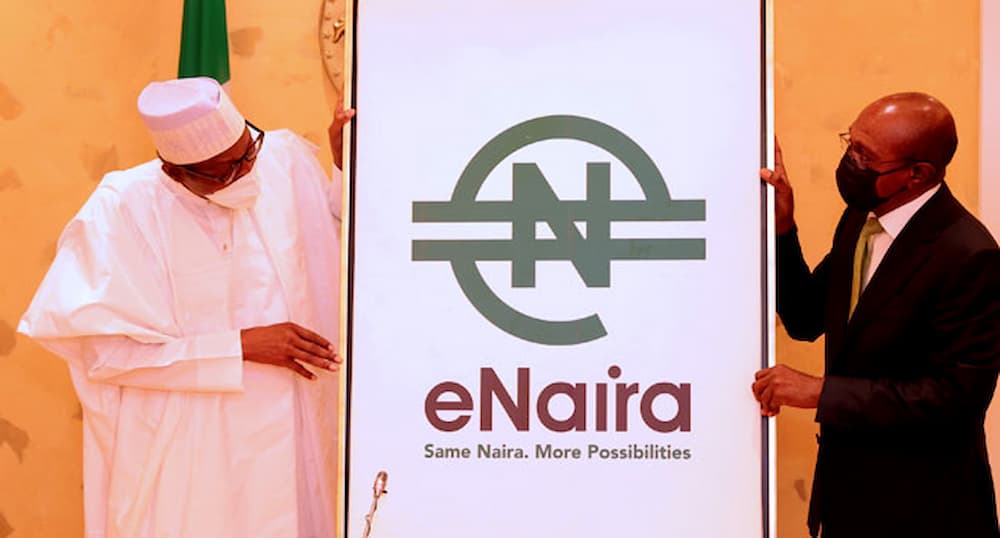 President Buhari launched the digital currency on Monday at the State House in Abuja.

Present were the Vice President, Yemi Osinbajo; governor of the Central Bank of Nigeria (CBN), Godwin Emefiele, and many other dignitaries.

President Buhari, during the official launch, said the digital currency will increase Nigeria’s GDP by $29 billion.

He said the $29 billion growth would be over the next 10 years.

Meanwhile, Nigeria’s GDP in 2021 stood at $514.05 billion, a report by worldpopulationreview has stated.

Buhari said, “We have become the first country in Africa and one of the first in the world to introduce a digital currency to our citizens.”

What you must know about the eNaira:

The eNaira is a digital currency which the Nigerian apex bank, the CBN, issues.

It is a central bank digital currency (CBDC) which Nigeria’s CBN issues as a legal tender.

CBN describes it as the digital form of the Naira and will be used just like cash.

It said “eNaira is the digital form of the cash and is a direct liability on the Central Bank of Nigeria while the customer deposits are direct liabilities on the financial institutions.”

Meanwhile, the digital currency provides a unique form of money denominated in Naira.

It serves as both a medium of exchange and a store of value.

According to the platform, eNaira has an exclusive operational structure that is both remarkable and nothing like other forms of central bank money.

Benefits of the eNaira:

Steps To Open, Fund and transact with eNaira Account:

The implication of this is that the eNaira will have huge acceptance.