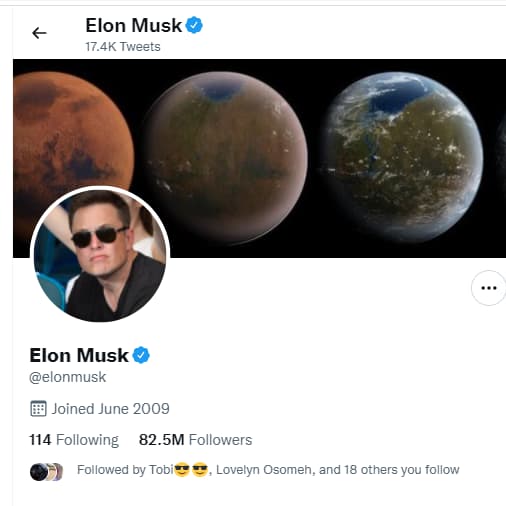 If you are a regular on Twitter, you should be familiar with Elon Musk and Twitter saga, which has been going on for days now.

However, if you are not aware of it, you will find out pretty soon what it is about.

And if the issue is going to end anytime soon.

Elon Musk, Tesla owner and the world’s richest man now, announced the purchase of 9.1 per cent of Twitter on April 4, 2022.

This resulted in the stock price of Twitter soaring, with Elon Musk being the highest shareholder of Twitter.

Although, a week earlier, on March 25,  Elon had raised a poll questioning Twitter’s approach to free speech.

From the post, it was clear that people negatively perceived Twitter’s free speech approach.

Free speech is essential to a functioning democracy.

Do you believe Twitter rigorously adheres to this principle?

Following the tweet, Twitter asked Musk to join its board of directors, which would have restricted him to owing only 15 %.

Initially, Elon responded positively and declared his intention to collaborate with Twitter’s CEO and boards to make significant changes in the coming months.

Looking forward to working with Parag & Twitter board to make significant improvements to Twitter in coming months!

Later, he declined the offer to join the board of directors and even updated his Securities and Exchange Commission (SEC) filing.

Then on Thursday, the 14th of April, Elon stated his “best and final” intention is to buy  100 per cent of Twitter.

Explaining this means that Musk doesn’t want to be a passive player in the company’s affairs.

And to implement necessary changes like the edit feature, an open-source algorithm, less moderation, and a higher threshold for removing offensive tweets – Twitter must go private.

And in an attempt to prevent Elon Musk’s take over Twitter, Twitter’s board of directors approved a shareholder rights plan, Poison pill.

A poison pill is a financial device that organisations and companies have used in cases of unwelcomed takeovers.

It was a defence tactic used in tackling hostile takeovers by a person.

What will the poison pill do?

The Poison pill would allow shareholders to purchase discounted stocks in the company.

And this would occur in cases where an acquirer tries to get more than 15% stake in the company without the stakeholder’s approval.

Elon Musk is trying to have more shares than he already has.

However, Twitter hasn’t publicly disclosed the details of its Poison Pill.

But it said more information would be provided in its filing by the Securities and Exchange Commission.

The poison pill strategy was popular in the 1980s.

It was a strategy designed to give the boards more advantage in creating new stock, making takeovers very difficult.

Over the past years, the poison pill has been used; it has varied from one another.

What will this mean?

Although Elon has said this is his “best and final”, it could become challenging for him now to takeover.

Things like Elon would need to increase his $43 billion bid come into mind.

However, this means that the poison pill would be giving room for a negotiating ploy – which Elon has opposed before.

Twitter would have a better negotiation with Elon, which has to be better than the initial price of $45 billion.

And if Twitter now likes the new bid, it would clear the poison pill, and they would settle for the latest offer.

However, Twitter has emphasised that the poison pill won’t prevent the board from “engaging with parties or accepting an acquisition proposal”.

Also, this would mean that Twitter’s board is ready to have a legal war with Elon Musk.

In the past, adopting a poison pill frequently led to lawsuits.

What is Elon Musk’s reaction to the poison pill?

Elon hasn’t reacted to the announcement of the poison pill that came on Friday.

However, previously he had mentioned that he is ready to engage in a legal battle.

He tweeted, “If the current Twitter board takes actions contrary to shareholder interests, they would be breaching their fiduciary duty”.

Also, he said, “the liability they would thereby assume would be titanic in scale”.

Since he stated $43 billion bid as his “best and final” decision, a negotiation might not work in this case.

Tesla owner Elon Musk is up to the task to increase the amount of the billing with his estimated fortune of $265 billion.

Has the poison pill strategy worked in the past?

And this has occurred in many instances in the past.

If we recall, in 2012, Carl Icahn, an American business mogul, also became a major shareholder of Netflix after purchasing an almost 10% stake.

He initiated that the platform should sell out to bigger platforms like Amazon or Google.

But the shareholders unwelcomed the idea and implemented a poison pill strategy.

The strategy was successful as any of the companies doesn’t owns Netflix.

Also, is the case of Peoplesoft on June 3 when Oracle made a bid of $5.1 billion.

Peoplesoft adopted a poison pill as a defence strategy, which authorised the board to flood the market with more shares.

Also, it had created a people’s assurance programme that ensures people get paid five times the cost of their software licenses if the platform is sold in the next two years.

Although Peoplesoft ended up being sold to Oracle, its strategy paid off.

Its final purchase plan raised 11.1 billion from the initial $5.1 billion, making it more than twice.

Other things you ought to know

The SEC move by Elon indicated that he was trying to make a much bigger move than buying stock in the company.

Musk might not be buying Twitter for the lack of money or need to make money, as he expressed in a TED Talk.

He described the platform as a “de facto town square” – meaning a transparent gathering where every issue can come to light.

And so he intends to create a more transparent platform.

Musk has admitted that he may not win at the end in a tweet, which makes everything he is doing seem unserious.

However, Elon has added that if the plan doesn’t go as he wants, he has a plan B, which he didn’t state.

What do we think about the Elon Musk and Twitter saga

We at Techuncode believe this is an issue that doesn’t seem to be ending anytime soon.

Both parties are ready to take the issue through legal means, which might drag out.

However, both parties would, in the end, find a resolution.

Spotify Will Host Popular User Created Playlist On Its Platform