The Lagos State Employment Trust Fund (LSETF) has offered to help Nigerians whose shops were looted or vandalised during the violent protests that rocked the state.

Different shops were looted while others were set ablaze as hoodlums hijacked the #EndSARS protests.

Are you a Lagos based business and your store got looted/vandalized during the curfew?

LSETF is here to help.

Fill out form this form https://t.co/bFKQtE7k2M

Some of the businesses affected are Spar Nigeria, Shoprite, malls, private warehouses, Shekina Pharmacy, amongst others.

We assessed the damage at Lekki, and are confident we’ll be back even stronger! Truth be told, we sympathise with the people who needed to resort to this kind of destruction. No time for anger. Time to rebuild – and we dont mean just the supermarket. #SPARstrong #StayFocused pic.twitter.com/fNWGbkSagG

Nigerian youths had taken to the streets to protest against police brutality in the country.

However, after two weeks of such, some criminal elements joined, and the protests took a new turn.

According to him, the reason was to prevent anarchy.

Prior to the declaration of the curfew, hoodlums had attacked a police station, LG Secretariat and other government properties.

However, things got worse on Tuesday night when men of the Nigerian Army shot and killed peaceful protesters at the Lekki Toll Gate.

This led to further destruction.

Among such was the vandalisation of the Palace of the Oba of Lagos, Ridwan Akiolu.

TVC, the Nation Newspaper, BRT Buses and others came under attack as well.

The LSETF was set up to create jobs and tackle unemployment by providing skills development and entrepreneurship opportunities for Lagos residents. 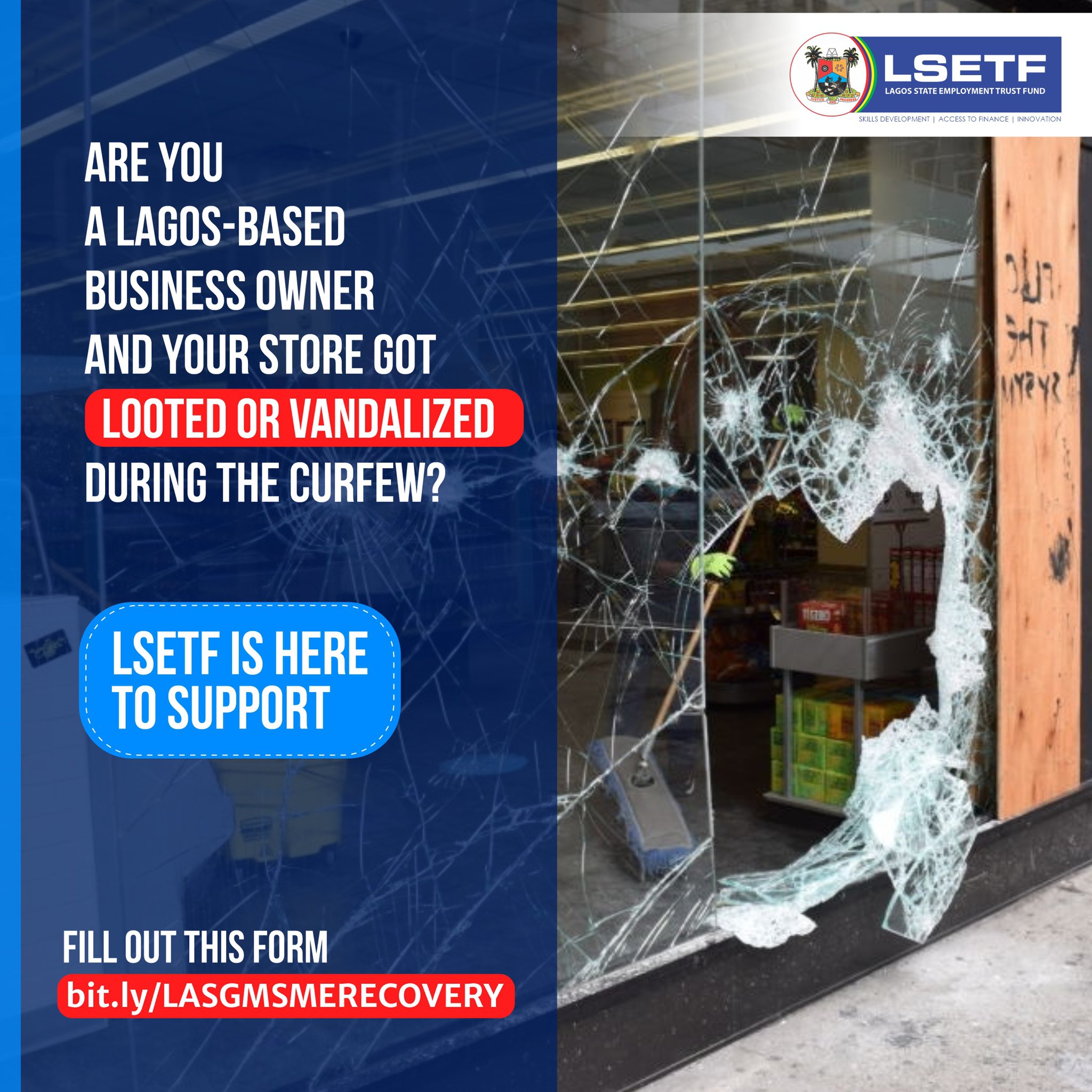 It was established by The Lagos State Employment Trust Fund Law 2016 to provide financial support to residents of Lagos State.

LSETF focuses on promoting entrepreneurship by improving access to finance, strengthening the institutional capacity of MSMEs.

Additionally, it also focuses on formulating policies designed to improve the business environment in Lagos State.