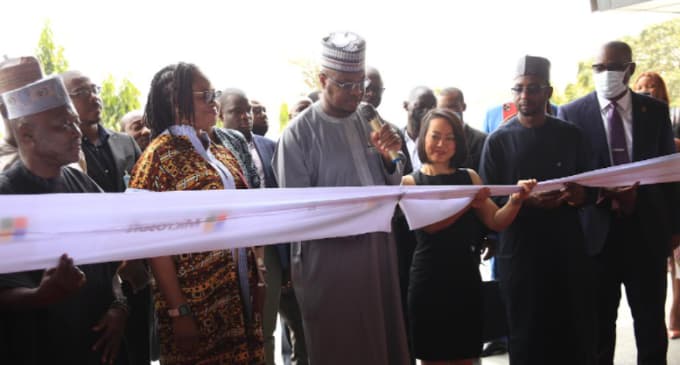 The centre was opened for its  ‘African Development Center (ADC)’.

The launch took place on Monday in

According to the company,  the launch was an initiative for an engineering centre.

It will provide local solutions and enable scalability as well as provide opportunities for more people to be employed.

Also, this would enable technological innovations in Africa.

The centre for African Development centre would be based at the Kings Towers on Glover Road, Ikoyi.

And it would house product engineering, ecosystem development and innovation teams.

It would also house one of Microsoft’s ongoing efforts in scaling innovation in the tech ecosystem. Microsoft Garage.

The facility was launched by Isa Pantami, minister of communications and digital economy.

Comments during the event

Isa Pantami lauded the initiative as it would strengthen the country’s effort at being the leading regional digital innovation hub.

Also, it would put Nigeria as the biggest digital economy in Africa.

Governor Sanwo-Olu, “I join several Nigerians and Lagosians today in applauding Microsoft’s commitment to developing the tech in our state and country through this state-of-the-art 7-floor facility, which will improve employment and also contribute significantly to the training and rise of many tech giants in Nigeria.”

Also, the managing director, ADC West Africa, Gafar Lawal, said that the facility would continue on the office effort to train, equip and hire engineering talent in Nigeria and Africa.

He adds that it would also continue in the “development of Microsoft products that are in use by over 1 billion devices and empowering millions of users and organisations across the world to do more”.

Joy Chik, corporate vice-president of the identity and network access engineering team at Microsoft, also comment during the event.

She said that the centre currently runs 120 engineers and more than 200 employees in Nigeria.

Speaking about ADC’s focus for the future, she adds, “Based on the great feedback we have received from engineering leads working with teams in Nigeria; we are definitely going to hire more engineering talent,”.

“We will continue to focus on student and community engagements, as well as investments in Microsoft programs, that will help us build a diverse team of talented men and women.”

Interestingly, the launch is coming after Microsoft’s announcement in May 2019 to be launching its ADC in Nigeria and Kenya.

It plans aimed at creating innovative solutions in the continent and also globally.

Hence, Microsoft is calling on talented engineers to work on AI, machine learning, and mixed reality.

Also, the company has committed to investing $100million in the first five years of existence.

This shows Microsoft’s commitment to building itself in the African continent.

Also, abiding by regulations set up by some countries in the continent is a great start for Microsoft.

It would be able to grow and create more opportunities for people in the region.