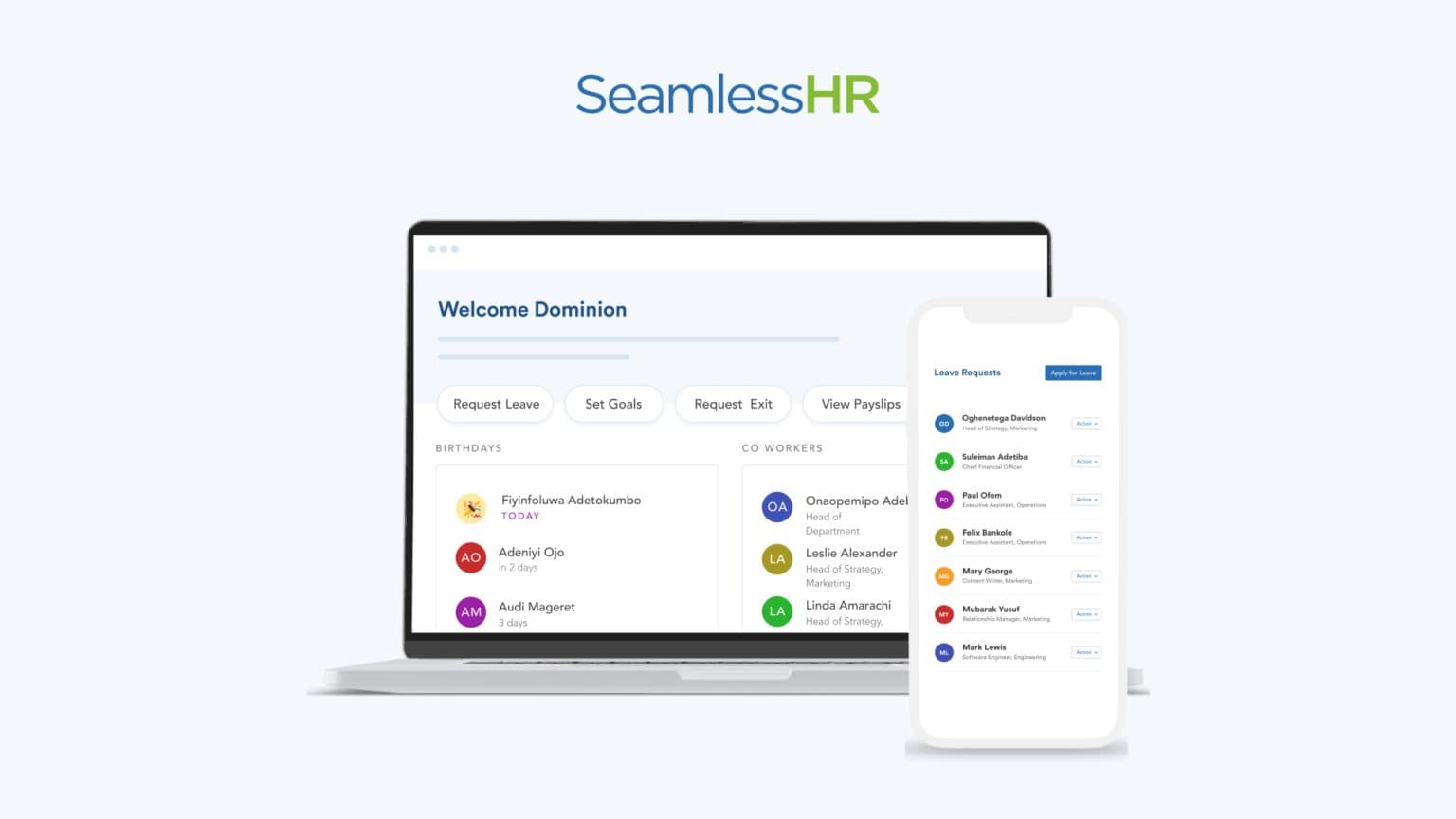 Nigeria based company, SeamlessHR, which provides HR Software as a Solution for large and medium businesses, has closed $10 million of Series A round.

Closing the deal was led by TLcom Capital alongside some other existing investors of SeamlessHR, who participated again.

Some of them include Lateral capital and Enza capital.

Also joining the investors as new investors were Capria, Ingressive Capital, and many other private investors.

The new funding brings a total of $12.2 million alongside the previously raised fund of $2.2 million in 2021.

Its aim is for the company to grow its team and expand to more cities like South Africa and Kenya.

Already, the company has a team of 130, and it plans further to expand its team to these Pan African countries.

Also, the company plans to add new functionalities to its product, including artificial intelligence and HR data analytics.

However, this would be an addition to their recent project, finance product under development.

The company started in 2013 as a job provider that uses a recruitment management system to match employers to job seekers.

Although the company started as Insidify.com and the founders discovered that it couldn’t do much to discover the causes of unemployment.

After, Emmanuel Okeleji and Deji Lana decided to relaunch the startup in 2018, taking a strategic position.

It was then it now came to be an enterprise-grade, cloud-based HR and payroll management SaaS.

Since its existence, it has been used by several big companies in Africa.

And in a short time, the company has become the leading cloud HR and Payroll SaaS in Africa, says the CEO, Emmanuel Okeleji.

Okeleji says that SeamlessHR is user friendly hence the number of users it has gathered in a short time.

“Some systems are so complex to use that you need to be certified. For SeamlessHR, it’s user-friendly enough to understand with just one training during the onboarding,” he said.

Also, he noted that the startup is one of those reinventing new administration in organisations.

The CEO and co-founder have noted that the company has big plans for Africa.

“This is only the beginning. We are committed to customer success and this funding will enable us to invest in the continuous optimisation of customer experience across all touchpoints, adding new features and functionalities starting from Q2 this year,”

Fintech Farm Set To Expand Neobanks To Nigeria After It Raises $7.4 million