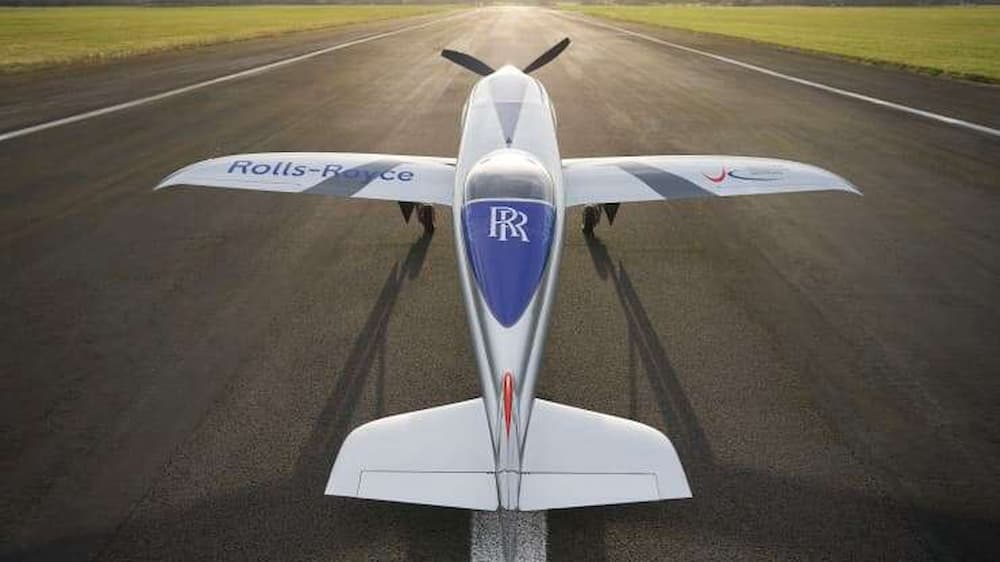 The aircraft completed its maiden flight after taking off from UK Ministry of Defence’s Boscombe Down airfield in Wiltshire.

Spirit of Innovation flew for approximately 15 minutes across skies in the U.K.

Spirit of Innovation is the result of a program the company calls ACCEL, or Accelerating the Electrification of Flight.

It said with the testing, it will be collecting valuable performance data on the aircraft’s electrical power and propulsion system.

According to estimates, 6 billion people will fly annually by 2030 and that means more planes in the air.

Meanwhile, planes emit great percentage of carbon to the atmosphere.

Similarly, the World Wildlife Fund said the aviation industry is “one of the fastest-growing sources of the greenhouse gas emissions driving global climate change.”

Corroborating this, the International Energy Agency said carbon dioxide emissions from aviation “have risen rapidly over the past two decades.”

It said the emission has risen to almost 1 metric gigaton in 2019. This, it notes, equates to “about 2.8% of global CO2 emissions from fossil fuel combustion.”

It adds that air travel is “currently the most carbon intensive activity an individual can make.”

However, Rolls-Royce said it built the all-electric aircraft to support the global fight to reduce carbon emission to the atmosphere.

Warren East, CEO, Rolls-Royce, said: “The first flight of the ‘Spirit of Innovation’ is a great achievement for the ACCEL team and Rolls-Royce. We are focused on producing the technology breakthroughs society needs to decarbonise transport across air, land and sea, and capture the economic opportunity of the transition to net zero. This is not only about breaking a world record; the advanced battery and propulsion technology developed for this programme has exciting applications for the Urban Air Mobility market and can help make ‘jet zero’ a reality.”

“This is not only about breaking a world record.”

“The advanced battery and propulsion technology developed for this programme has exciting applications for the urban air mobility market.”

He said it “can help make ‘jet zero’ a reality.”

Spirit of Innovation boasts of a powerful 400kW (500+hp) electric powertrain and the most power-dense battery pack ever assembled for an aircraft.

The aircraft flies at a speed of 210mph, setting the world record as the fastest aircraft currently in existence.

The company says it believes it’s all-electric aircraft will be able to surpass 300 miles per hour.

Also, the electric-power aircraft shows the company among global leaders pushing for decarbonisation of the aviation industry.

YASA is a wholly-owned subsidiary of Mercedes-Benz.

In terms of funding, the Aerospace Technology Institute, in partnership with the U.K. government’s Department for Business, Energy & Industrial Strategy and Innovate U.K. provided 50% of the project’s funding.

Meanwhile, Gary Elliott, CEO, Aerospace Technology Institute, said “The first flight of the Spirit of Innovation demonstrates how innovative technology can provide solutions to some of the world’s biggest challenges.”

“The ATI is funding projects like ACCEL to help UK develop new capabilities and secure a lead in the technologies that will decarbonise aviation. We congratulate everyone who has worked on the ACCEL project to make the first flight a reality and look forward to the world speed record attempt which will capture the imagination of the public in the year that the UK hosts COP26.”

Also, Rolls-Royce says it will use and apply tech from the ACCEL programme in products for the commuter aircraft and electric vertical takeoff and landing (eVTOL) markets.

Rolls-Royce’s all-electric flight is “a huge step forward in the global transition to cleaner forms of flight.”

Likewise, this flight, when it becomes available for commercial use, will save enough time.

It will also provide much comfort.

Also, it will make travel and work, allowing people to and fro from one country to another for daily work.

LG Launches 325-Inch Direct View LED TV For The Rich? Check It Out