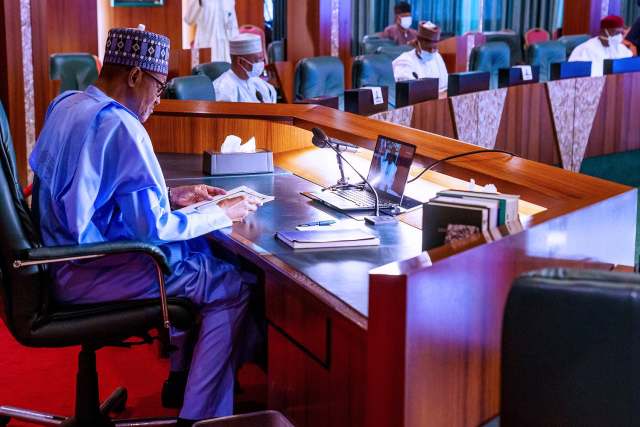 On Friday, Bashir Ahmad, a Personal Assistant to President Muhammadu Buhari, disclosed that the president was in a virtual meeting with past Heads of State.

This came a day after President Buhari addressed the nation.

Although the subject of the meeting wasn’t made public, many believe that it has to do with the recent events in the country.

Asides from the tweet, there was no further information in regards to the meeting.

However, Nigerians are reacting negatively on social media platforms.

Many of them believe that there won’t be any positive results from the meeting.

Bubu chose to have an 'unusual' meeting with people, as regards current issues I'd presume & the people he chose are OBJ, GEJ, Shonekan, Shehu, Gowon, IBB.

This came after a prolonged silence regarding the #EndSARS protests that claimed many lives.

Nigerian youths had taken to the streets to call for an end to police brutality.

However, things took a new turn when soldiers opened fire on peaceful protesters at the Lekki Toll Gate.

Following his address, Nigerians have expressed disappointment over his refusal to mention the Lekki Massacre.

Below are some of the reactions:

He didn’t even acknowledge them. Wow.

A tribute night to a person of inestimable legacy helped save me from the ache that vacuous speeches inflict.

To compatriots aching from the failure of our @NGRPresident to use his speech to condole, assuage, unite and build confidence in his citizens, ndonu.@MBuhari #EndSARS✍🏾