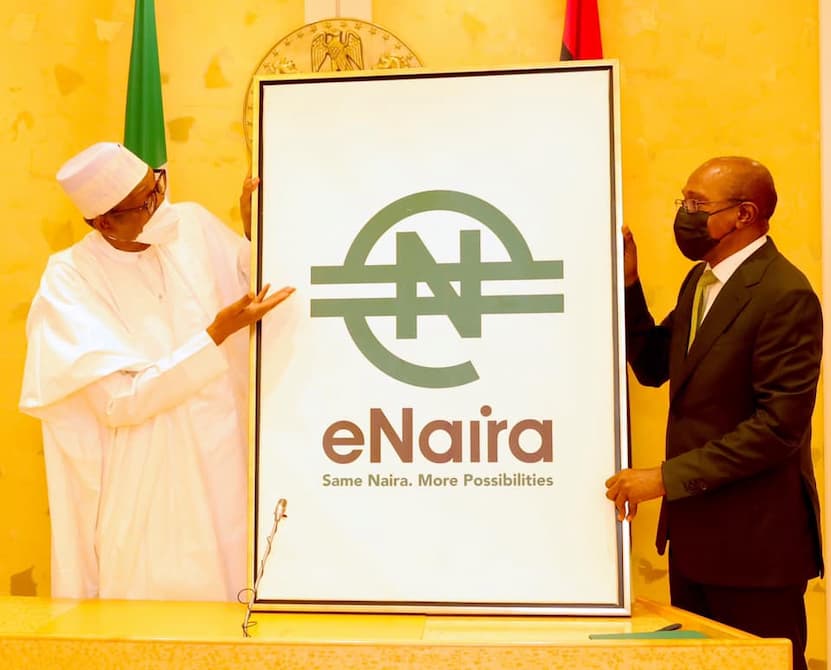 The International Monetary Fund (IMF) has listed the gains as well as the risks it said that faces the eNaira.

The Central Bank of Nigeria, a couple of weeks ago, launched Africa’s first digital currency, eNaira.

However, the IMF has pointed out concerns over the digital currency.

It however added that, despite the risks, the digital currency has great potentials to increase financial inclusion and facilitate remittances.

Jack Ree, an economist at the IMF’s African department, made the comment in a post titled ‘Five Observations on Nigeria’s Central Bank Digital Currency’.

According to the statement, “Like digital currencies elsewhere, the eNaira carries risks for monetary policy implementation, cyber security, operational resilience, and financial integrity and stability.

“For example, eNaira wallets may be perceived, or even effectively function, as a deposit at the central bank, which may reduce demand for deposits in commercial banks.

“Relying as it does on digital technology, there is a need to manage cybersecurity and operational risks associated with the eNaira.”

However, the IMF has said that Nigerian authorities have taken “measures to manage the risks.”

“Financial integrity risks, such as those arising from the potential use of the eNaira for monetary laundering, are mitigated by using a tiered identity verification system and applying more stringent controls to relatively less verified users,” the statement adds.

“For example, for now only people with a bank verification number can open a wallet, but over time coverage will be expanded to people with registered SIM cards and to those with mobile phones but no ID numbers.

“The latter categories of holders would be subject to tighter transactions and balance limits. Even so, wallet holders who meet the highest identity verification standards cannot hold more than 5 million naira (about $12,200) each in their eNaira wallets.

“To address cybersecurity risk, regular IT security assessments are expected to be conducted.”

IMF further sad that the launch of the eNaira has attracted a “substantial interest from the outside world—including from central banks” due to the “size and complexity of Nigeria’s economy.”

It also said that its monetary and capital markets department was involved in the eNaira rollout process, including by providing reviews of the product design.

The IMF further assured that it remains available to help with technical assistance and policy advice.

“The IMF is ready to collaborate with the authorities on data analysis, cross-country studies, sharing the eNaira experience with other countries, and discussing further evolution of the eNaira including its design, regulatory framework, and other aspects.”

Related Topics:#eNaira#IMFCBNDigital CurrencyFeatured
Up Next

Apple Allows Users Fix Own Devices Next Year; What This Means For You

Creators Can Now Get Paid From Instagram Badge Feature: See How