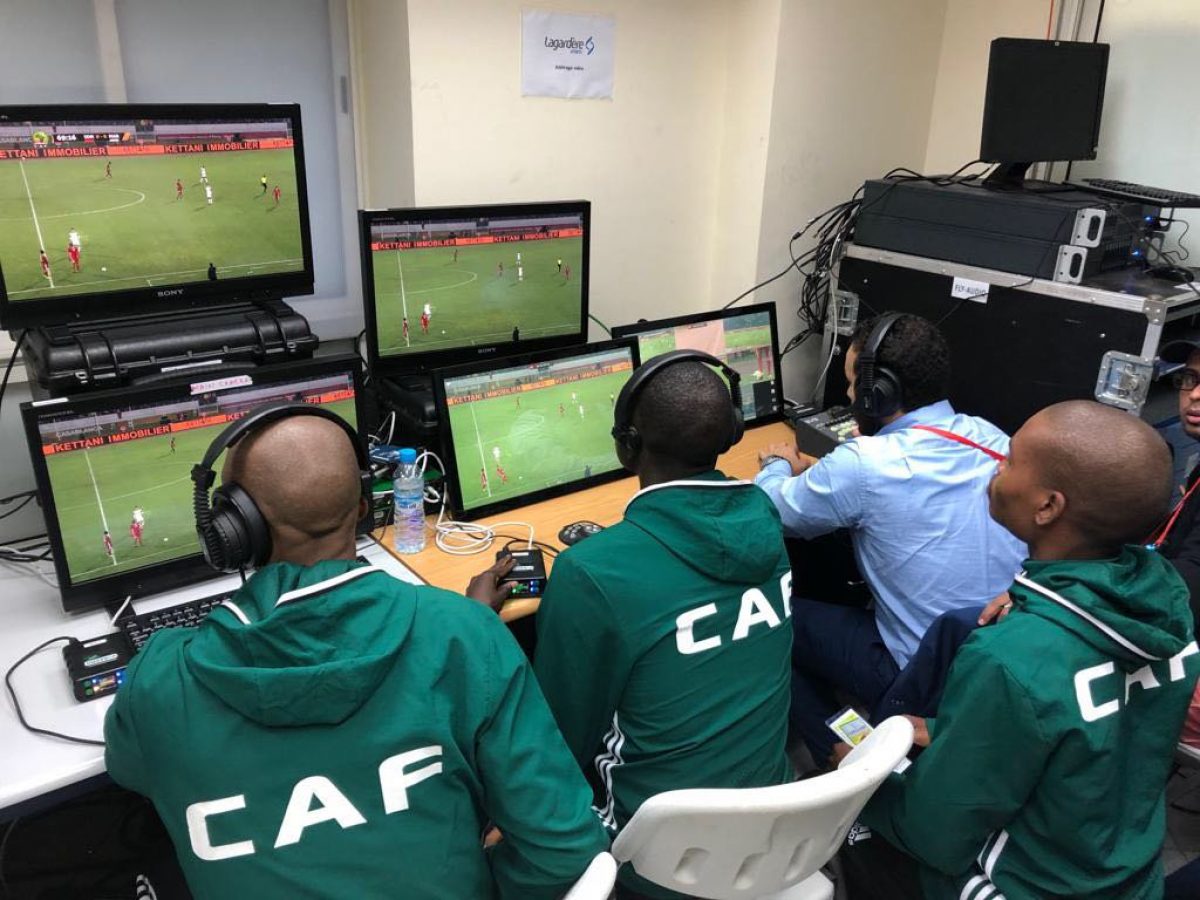 Sooner than we anticipated, Nigeria is about to witness the adoption of Virtual Assistance Referee (VAR) for the first time.

The highly-controversial football technology will reportedly be deployed during Nigeria’s next international match against Sierra-Leone.

The African Cup of Nation (AFCON) qualifying match slated for Friday, November 13, will hold at the Samuel Ogbemudia Stadium in Benin City, Nigeria.

The stadium, known initially as Ogbe Stadium, is the only one across the nation that boasts such advanced technology.

According to a reliable source, the technology has been tested and certified to be in order ahead of Friday.

Regardless, the usage of the technology is still dependent on the speedy approval of the Confederation of African Football (CAF).

CAF is the football governing body in Africa.

Brief history of VAR in football

It helps a football referee to determine or double-check if there was an infringement in decision making.

For instance, whether a goal, penalty, free-kick, foul play, e.t.c was wrongly awarded during a football match. 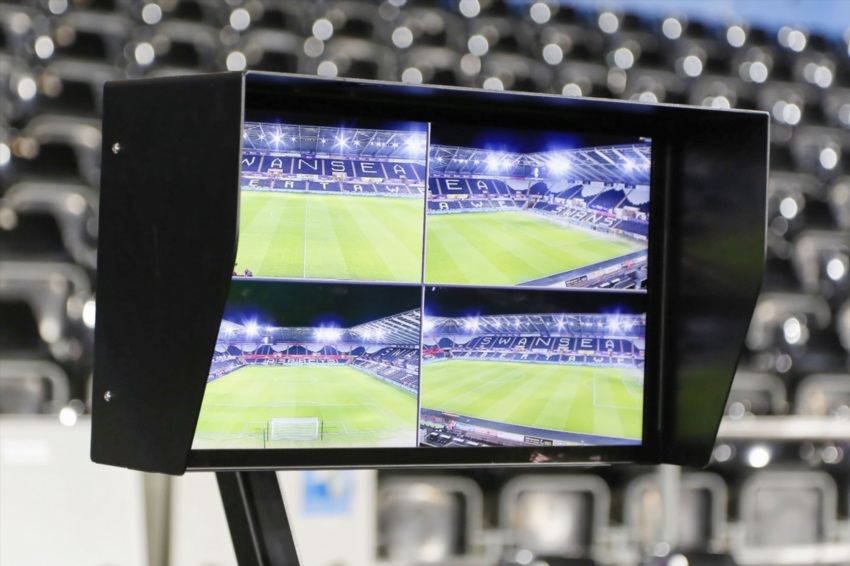 VAR was first introduced or perhaps conceived in the early 2010s as part of the Refereeing 2.0 project.

In those years, the project was closely monitored by the Royal Netherlands Football Association (KNVB).

Specifically, in the 2012-13 season of the Eredivisie, the country’s major league, the VAR system was tested through mock trials during some randomly selected games.

ALSO READ: The Inspiring Story Of 28-Year-Old Nigerian Who Wrote WAEC 7 Times But Ended Up Building A Car

However, the first live trial of the VAR was during a friendly match between PSV and FC Eindhoven in 2016.

Subsequently, the VAR system was used at the 2017 FIFA U-20 World cup in October.

Afterward, it was introduced in the top flight European football league competitions, Bundesliga, and Serie A during the 2017-18 season.

After that, a couple of other leagues showed interest, and so the wider adoption kicked off.

On March 3, 2018, the International Football Association Board (IFAB) constituted the use of VAR in the football laws.

As of 2018, the use of the VAR system remained optional for international competitions.

Regardless, the 2018 World Cup marked the debut international tournament to use the VAR system.

The European League, as well as UEFA Champions League, was, however, delayed from implementing the law until the end of the 2018-19 season.

Fast-forward to now and most international leagues have adopted the use of the VAR system despite its controversial status.

Controversies surrounding the use of VAR

Contrary to general belief, accepting the VAR system wasn’t the easiest of decisions in football history.

To date, so much controversy has been attached to the system from all sides, including players, football officials, and fans across the globe. 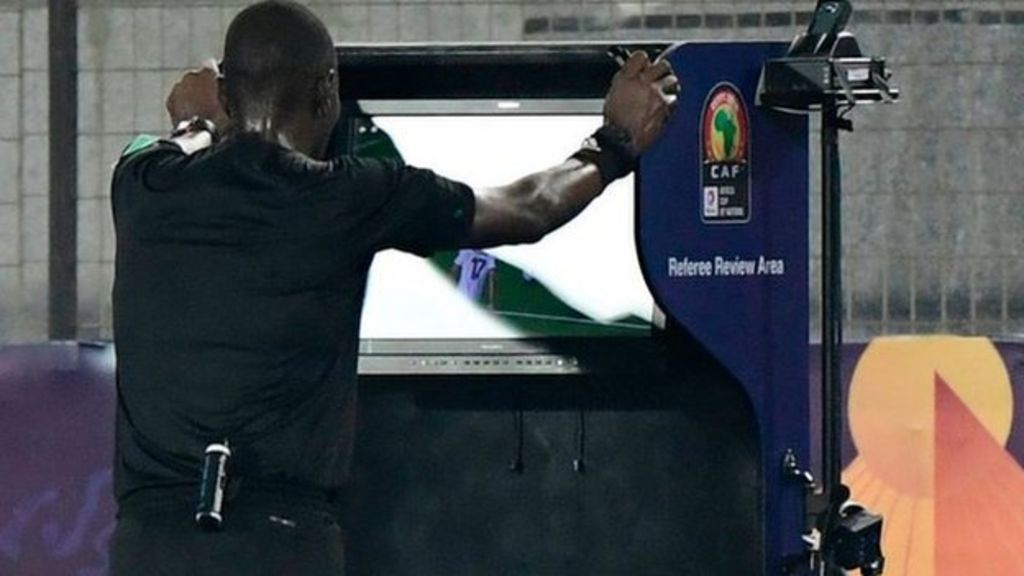 While the system was to ensure fairness in football officiating, it has instead turn out to be a very stringent tool.

For instance, there is a general complaint about the system eliminating the human factors during matches.

Also, in situations where the referee may have had to make wrong decisions based, the VAR system may decide otherwise.

As such, the game is rather compelling footballers to become ‘robots,’ as perfection is of great essence.

To that end, many football fans around the world have faulted the system for its hyper-accuracy.

Despite the widespread of the VAR system, several countries, including Nigeria, are yet to adopt it in their major football leagues.

One major reason for this is the lack of advanced technology to ensure fairness in the system adoption.

Nigeria, for one, is still very laidback when it comes to advanced football technology.

For instance, the more widely accepted goal-line technology is still far-fetched in the local leagues.

More so, the indigenous leagues are still far from meeting global standards in terms of facilities.

However, the adoption may reduce the attacks on referees by football fans as the fault will be attributed to technology, thereby, saving lives.

Regardless, some of these setbacks are expected to change for the better over time.

Successful adoption of the VAR system is, however, not impossible.

It is then important that the NFF work closely with the League Management Companies (LMC) as well as private investors.

This collaboration will birth a blueprint on how to introduce and sustain such systems like VAR in the local league.

We believe that for Nigeria to fully adopt the VAR system, it will take the collaborative support of both government and private investors.

As such, we can only hope that the full adoption of the VAR system in the local league comes sooner than later.